Short History The Ravelijn "Op den Zoom" is a fort-island of the city of Bergen op Zoom in The Netherlands which is made in the beginning of the 18th century by Menno van Coehoorn, a famous fort builder. This is the only "ravelijn" of him still present. The island sits just outside of the former center of the city. At the end of the 19th century the fortress lost its defensive function. Nowadays the island-fort is mainly used for small public and private events. The assignment The assignment was to make a kiosk with public toilets and an information point on the Ravelijn Concept The fort is made of a brick foundation with earth walls on top. The earth walls surround the fort on all sides. But the wall at the side of the city is not an original one. In times of war this one was not necessary, because there was no attack expected from that side. We used exact that not historic earth wall to make the kiosk in it. It sits on the side and it’ s incorporated in the fort. We made 2 entrances, one for each toilet. The information point is accessible through those entrances. In the information point there is a glass roof to provide daylight. There is a big horizontal, gas-spring operated hatch at the front. Material The kiosk is made entirely out of Accoya 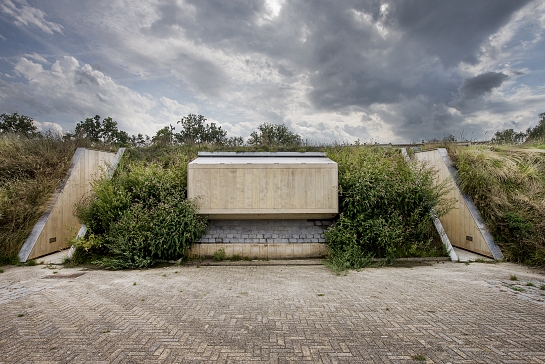 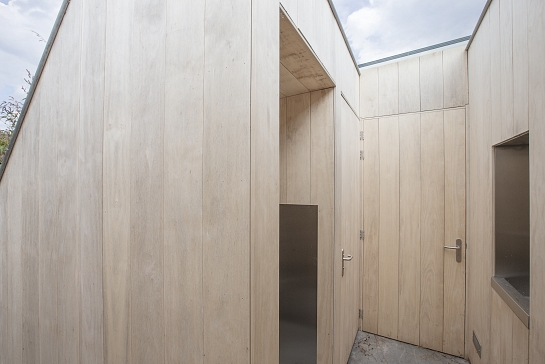